Posted on December 7, 2018 by Cottonboro Farm

I tried something new this past week:  Soap Nuts.  Soap Nuts can be used as an alternative to laundry detergent.   They are very gentle and would be especially helpful to those with detergent sensitivities or allergies.  They contain saponin, a natural detergent.

I have to admit, I was kind of skeptical, but they look really cool, so I had to check it out. 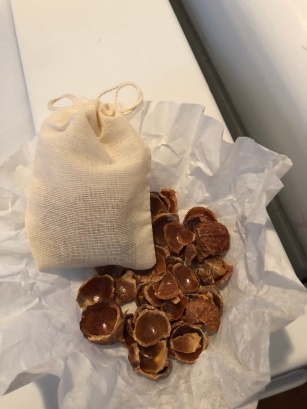 I filled a cotton muslin bag about half full and tossed it under the running water as the washer filled, then added the clothes. 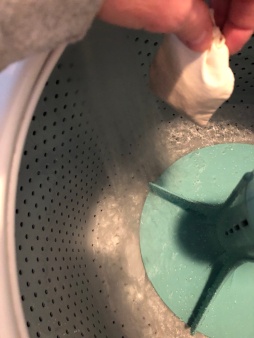 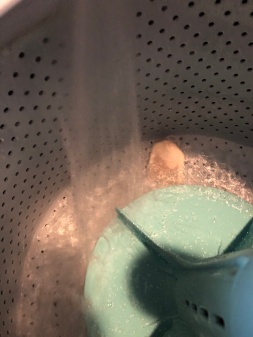 I was a little disappointed there were no suds, but in looking closer, I saw what I expect is the released saponins floating on top of the water.  They were well dispersed.

I know it’s hard to see, but look close, and you’ll notice soap-like bits floating on the water.

I have to say, I was pleasantly surprised by how clean the load of clothes came out.  I still wasn’t convinced though, so I decided to give it the ultimate test:  WHITES.  The test was made harder since our poodle, Jake, had conveniently thrown up on the white cotton blanket on the bed.  (Thanks, Jake.)  The soap nuts not only cleaned the whites well, it removed the stain on the blanket!

I did four loads of clothes with that one bag of Soap Nuts and all looked just as clean as if I’d used detergent.  (Apparently, you can keep re-using them until they get mushy.)  Frankly, I’m pretty impressed.  Especially since these cute little soap nuts are far cheaper than that heavy bottle of detergent!